Last week was just an amazing amount of fun. The vacation stream was a great success and good times were had by all. Thanks so much to everyone that came to hangout and watch me play games while I was off all last week. If you want to some of the fun, you can check out the past broadcasts page on my twitch here: twitch.tv/cmdrnotannpc

Now for the update!

I made an huge amount of progress last week! The bank account is north of 200 million and by the time I finished yesterday, I’m close to the next Federal Navy Rank. The biggest gains last week were from 2 community goals. One way out by Merope and another super close to home.

I managed to get into the top 10% for the distant one. I think because it was so far out and I happen to already be out there. The first few dozen runs were pretty easy. There was a source for the equipment they wanted right next door. After that dried up, you had to venture 100+ light years to get anything. By that time, I had gotten pretty well cemented in the ranks. There was a bounty CG at the same location, so when I got bored with freight, I transferred Nothing Gained to the station to cap some suckas. I managed to get to the top 25% there but by the time it was done, I dropped to 50%.

Also, that station with the CG was my first asteroid station! So of course I took lots of pics!

As soon as those CGs were over a couple of new ones popped up just a few jumps from home (Olivas City in LHS 3505). They wanted tea and there was a station just one system over with over 3 millions tons of tea. After an hour of ferrying tea in Untold Fortune, I was in a good place and stopped. At that point I’d decided to go ahead and move on to some other games for the stream. We played some Subnautica and Civ 5! I really dug Civ 5. I want to get a multiplayer game going with the hammers.

I’ve also been playing a lot of Overwatch with my Hammer Gaming pals and we’ve recently been picking up The Division. All in all, my gaming life is going pretty damn sweet.

I’ll leave you with this:

I’ve never seen a star with a straight up mass ejection like this. 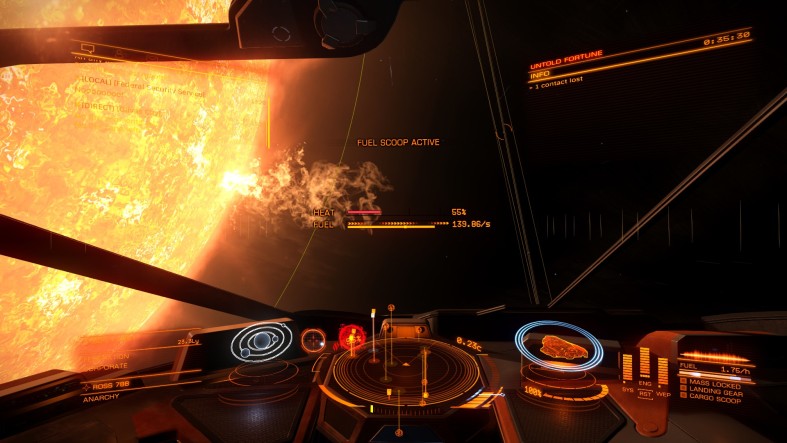 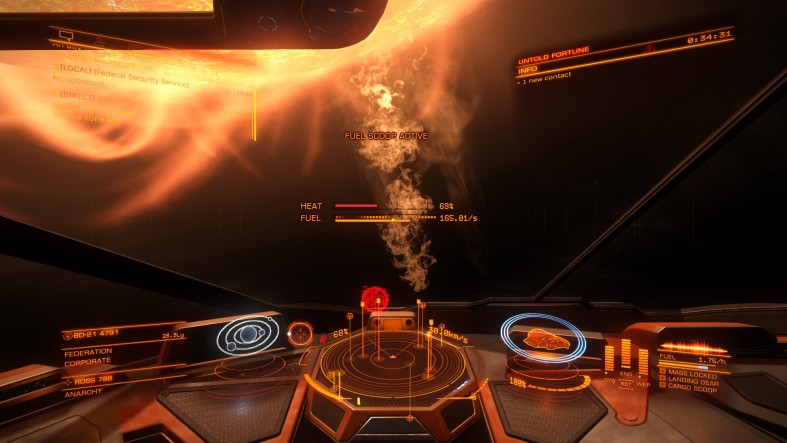