It’s been a while and it’s a slow night so lets do an update! 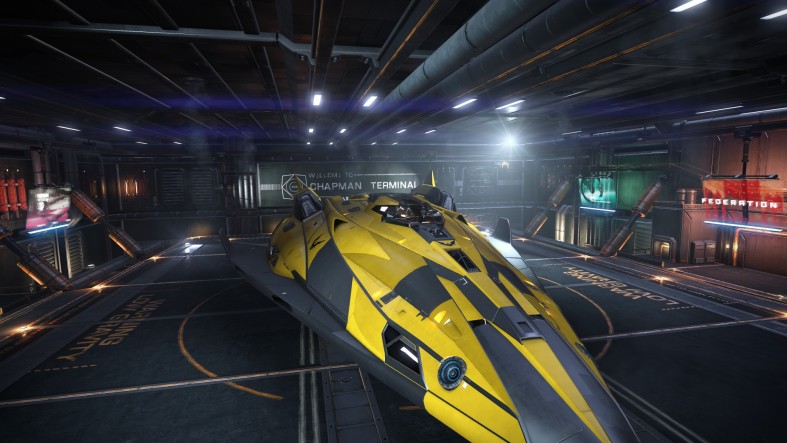 First of all…new site theme! I think it was well over due for a shake up. I loved that Retro Mac look but so much of it just didn’t jive with a good reading experience. I’m hoping this is a bit more conducive since the column on this one isn’t as narrow. I’m still on a free plan so I can only apply themes, I can’t edit my own. Being as cheap as I am, this limits me to free ones. 😛

I’ve managed to put a goodly amount of hours into Elite since the start of the year. I’m at 337 total (since I bought it, not since 1/1/2017), according to Steam. Which is likely inflated because I think it counts it even if it’s just the launcher that’s active. But still, I’ve managed, on average an hour or two a night for the past month.

I’m still marching to my goal of a Federal Corvette. Since my last post I’ve achieved the rank of Petty Officer! So you know…only 7 more ranks to grind. Also a crap ton of money. My wallet it sitting at just over 50 million right now. I’m going to want an ungodly amount saved up cause it’ll be my luck I buy this thing and then lose the ship a couple of times and end up not able to afford the insurance. Plus upgrading modules…top rated power plant will set me back more than my FDL is worth.

Speaking of the FDL, I finally did one of the Engineers upgrades. I took it out to Tod “The Blaster” Mcquinn and upgraded the multi-cannons. Nothing elaborate, just the first level of overcharge. But it was cool to see how that all comes together to augment a module. I’m thinking of taking it to the FSD engineer next. Or maybe shields. The way Tod works is you have to give him micro-resources. Which are basically things you get from mining in the SRV. It’s not exactly mining like you do in an asteroid belt, but it’s the same concept. You drive around on a metal rich world and find outcroppings or meteor fragments. Shoot them and the explode into resources like phosphorus and nickel.

I’d never really done anything in the SRV other than just driving around, till now. I also did a mission where you take down Skimmers (the little unmanned drones that protect areas). That mess was hard to do…good lord. Some of the missions for those have some pretty big payouts…so it’s hard to not consider them. My relationship with my home system of LHS 3505 is really starting to pay out in a bunch of ways. Most of the “go here, deliver this” stuff can net me 1-2 million. For that stuff, I’m using my Asp since it can hold a lot more cargo than the FDL. I even got a ship kit for it! CHECK OUT THIS SPOILER. 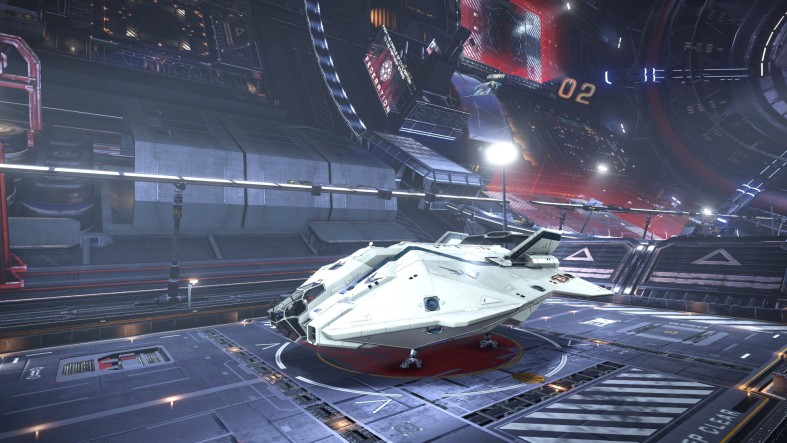 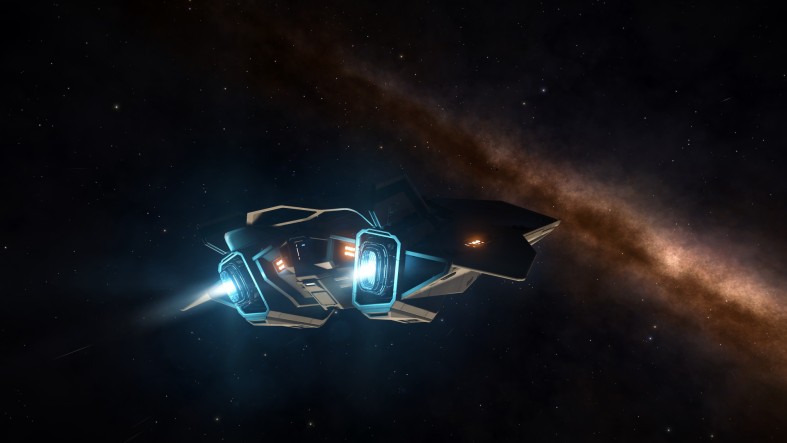 I wasn’t ever really driven to drop money on ship kits (where as I obviously will for paint jobs…) but I had some extra funds in the Steam wallet so I figured, why not? I dig it. I hope they release more, soon.

I caught both of the live streams for the next big update and I’m really excited for multi-crew and a bunch of the new stuff. That’s a large part of why I want to get a corvette. Most of the Hammer Wing doesn’t play anymore but I’m betting some of them will come back to check out the update. When I do play with other folks, it’s been with a group of local friends that have picked up the game. We play pretty regularly so I’m getting my multiplayer fix often enough.

Have some more screenshots! 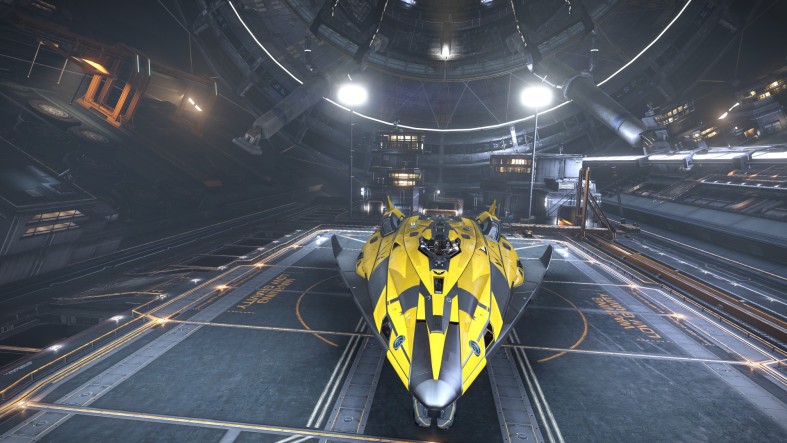