It was all peaks and valleys this weekend. The snow in Nashville afforded me with much play time and Friday was just the worst for me. I died so many times…dropped below a million..but I rebounded! I also spent a good chunk of money on modules for my Viper. Which has made a pretty big difference.

I ALSO GOT IT PAINTED!!! 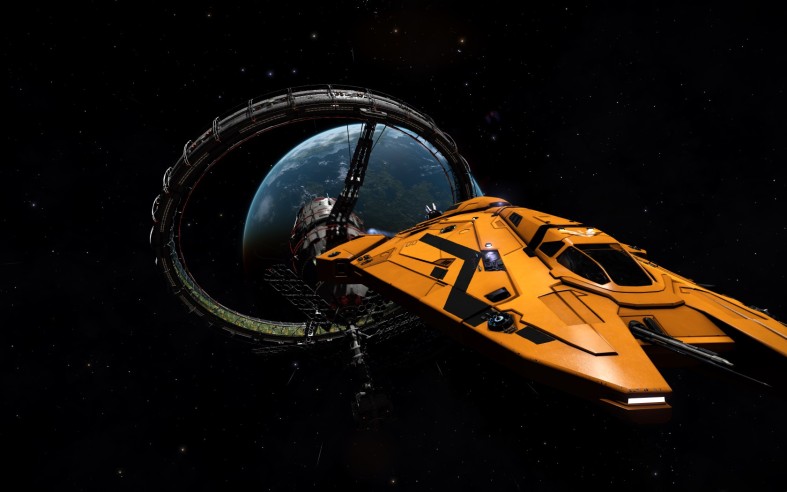 In my last log I made my way to LHS 3447. There was nothing there for me. There was a Nav Beacon for bounty hunting, but it was a 10 minute supercruise journey to the nearest base. Way too long. So I ditched that system and headed to one a twitter follower suggested: Aura. And it has made all the difference. Didn’t start out that way though… 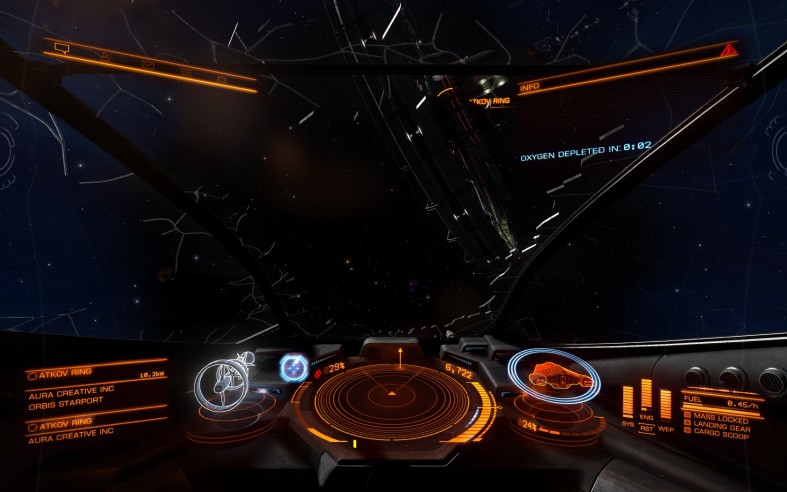 The shot above shows me just outside a station with 2 seconds of oxygen left. I was so close…

The problem is that I’m hunting in a High Resource Extraction site. They’re usually found in the rings of planets with…rings…and they normally have higher ranked opponents. This particular instance was when I got face to face with a Python. It cut through my shields in one pass and breached my canopy. When that happens you have 5 minutes to get to a station and get into a pressurized area. I would have made it…but the heads up display disappears if there’s no glass to display it…which makes total sense but I’d never been in this situation before. I missed the first approach of the station which caused me to loop around missing time. If it happens again, I think I’ll be ready to make the approach and get it in one pass, but that first time was too new for me to acclimate. 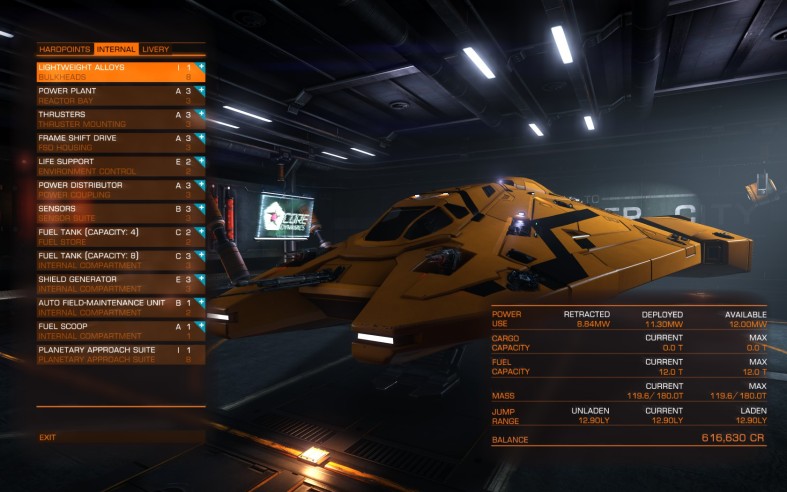 So my funds got pretty low at one point. I wasn’t making kills like I should have been so I started playing around with the ship.

I started with weapons. That went nowhere. Eventually I came back to multicannons and pulse lasers. But when I upgraded thrusters…that started making a difference. My turns were tighter and I was more responsive to accelerations. I was able to stay behind an enemy easier. I couldn’t turn as tight as an Eagle or Sidewinder, but the time they spent out of my line of sight was much reduced.

In an hour after upgrading the thrusters I made back what they cost and then some (around 500k). So I upgraded more stuff. Shields and armor got a boost. I dropped the Auto Field-Maintenance Unit. I never used it. And in doing the research I should have done before buying it, I found that it will only repair a module up to 5%.  So that’s gone. And in it’s place is an FSD interdictor.

All in all I think I ended the weekend pretty well off. I’m back over 2 mil which, by my notes…is the highest I’ve been after a major shake up like this. I call it that because I made some pretty fundamental changes to the ship.